As part of Disability Awareness Month, the Academic Achievement and Access Center (AAAC) recognizes faculty and staff members for their outstanding commitment and effort in support of accessible learning.

A small “prize patrol” surprised each individual in class or in their work settings to present a plaque and offer the appreciation of AAAC staff and the students they serve.

Each champion promotes the university’s commitment to creating an accessible campus both in and out of the classroom. They are models of everyday behavior that creates an inclusive, welcoming environment for students with disabilities and a template for universal design that supports the success of all students. 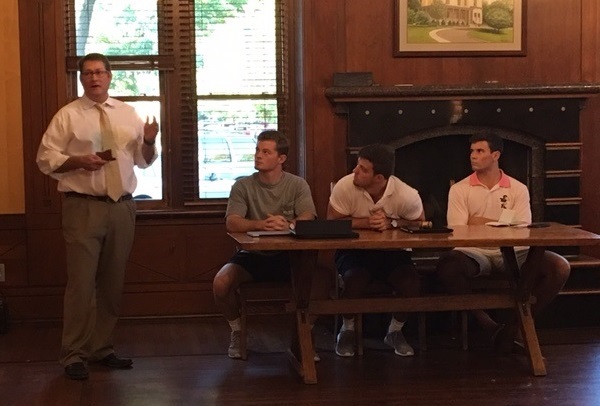 The Academic Achievement and Access Center at the University of Kansas awarded the Alpha Nu chapter of the Beta Theta Pi fraternity with the annual Mary Ann Rasnak Access Champion Award on Monday, Sept. 19. The fraternity is the first organization to receive the award, previously given to individuals, for making significant contributions to classroom and campus accessibility. The award was given in recognition of the fraternity establishing the new Tom Babb Student Accessibility Scholarship, honoring member Tom Babb, who became paralyzed after an accident in late 2015. The scholarship was partially funded by the TomStrong 5K Run, Walk and Roll event which the fraternity held on April 24, 2016 with total scholarship donations reaching $47,189.

Established in 2011, the award was named for the center’s former director, Mary Ann Rasnak, for her 16 years of dedicated leadership in promoting access and academic support at KU. Rasnak, along with the current director of the center, Andrew Shoemaker, presented the award to the fraternity during their monthly chapter meeting. The center will be selecting the first recipient of the scholarship during the current academic year. Contributions to the Tom Babb Student Accessibility Scholarship can be made to through KU Endowment. (http://kuendowment.org/give) 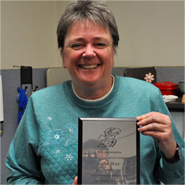 Carol Bray has been with KU for more than 25 years. She has served as program assistant in the Department of Chemistry and is currently the rooms coordinator in the Registrar’s Office. Carol has helped coordinate rooms for more than 1,200 exams administered during the past two years for students with disabilities requiring alternative settings. 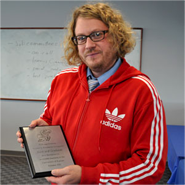 Howard Graham has been at KU since August 2003 pursuing graduate studies and working as an advisor to student athletes. He took on that role full time in 2008. Howard started working with athletes with learning disabilities and attention deficit/hyperactivity disorder (ADHD) in 2005. He has a master’s degree in American Studies from KU and a bachelor’s degree from Colgate University. Howard is originally from Cooperstown, New York. 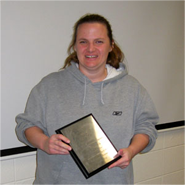 Jill Headrick, coordinator for the Department of Chemistry, is being recognized as an Access Champion for her extra efforts in ensuring that multimedia teaching tools used in Chemistry 184 are accessible for students who are deaf and hearing impaired. She took personal responsibility for adding captions to educational videos on very short notice, a behind-the-scenes contribution that made a tremendous difference. 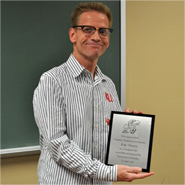 Ray Pence earned his doctoral degree at KU in 2005. He has taught college courses for 22 years. His classes include American Identities and The United States in a Global Context. Dr. Pence’s research, writing and teaching interests include the disability rights movement, the African-American Civil Rights Movement and the Vietnam War. He is an active supporter of people with disabilities in all settings and is committed to their academic success at KU. 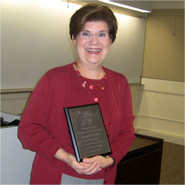 Ingrid Peterson earned her doctoral degree at KU in 2004. She is currently the director of the Kansas Algebra Program, which serves students enrolled in intermediate and college algebra. Her research and teaching interests include mentoring pre-service teachers and vocabulary in the college mathematics classroom. Dr. Peterson routinely goes well above and beyond for all her students, including those with disabilities. 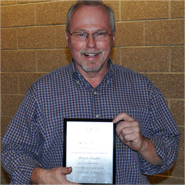 Brian Staihr has been teaching economics to graduate and undergraduate students for more than 22 years. He has served as in-house economist for various Fortune 500 telecommunications companies including Sprint, Embarq and CenturyLink. Dr. Staihr has also served as senior economist for the Center for the Study of Rural America at the Federal Reserve Bank of Kansas. He earned his master’s degree and doctoral degree in Economics from Washington University in St. Louis. Dr. Staihr has been an enthusiastic supporter of students with disabilities, actively securing their full inclusion in his classes. 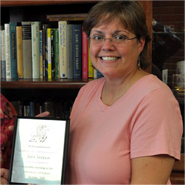 Tara Vereen holds a bachelor’s degree in secondary education from Clemson University. She has been the assistant director for assignment services in the Department of Student Housing since 2002. In addition to supervising contract and assignment processes for all campus living communities, Tara has had the pleasure of providing assistance to more than 250 students with disability-related needs in housing and dining at KU. 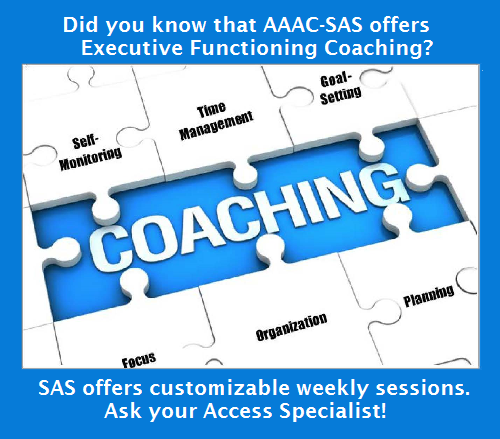 Companies posting jobs on SHiFT understand the value of a diverse workforce, including employees with disabilities. These companies are actively seeking your skills and abilities! Click here for more information on how you can get involved.